How to keep kids entertained when traveling

The Unpopular Truth About Feijoa Fruit

How to Ship Stuff International

Buying a Car in New Zealand: The Beginner’s Guide

The Unpopular Truth About Feijoa Fruit

It’s autumn in New Zealand and that means crisps mornings, early sunsets, and heaps of seasonal fruit.  One fruit that everyone seems to be talking about is feijoa. But what’s the truth behind feijoas’ popularity.

I’m going to find out why New Zealanders rave about this fruit and uncover the truth.

For the last month, I’ve been on a mission to get my hands on anything and everything feijoa. This time of year feijoa fruit can be found at almost every supermarket, cafe, or restaurant. I found a lot of feijoa and feijoa flavored products on my search and I tasted everything I could get my hands on.

Feijoa fruit is often described as tasting like a combination of guava and pineapple. My experience has been different. When I taste feijoas I get the consistency of a guava and the taste of artificial sweetener. Very strange!

Check out the video below of me tasting feijoa for the first time.

Choosing a feijoa is similar to choosing an avocado. Get them while they’re soft. If they’re brown they’re past their prime. They smell strong when they are ripe.

How to Cut Feijoa Fruit

The proper way to cut feijoas is down the middle with a sharp knife. Cut feijoa down the thickest part of the fruit not lengthwise. Cutting it correctly is important. After it’s cut, scoop out the contents with a spoon leaving behind the skin.

What to do with feijoas

There’s lots of different ways to enjoy feijoas, if you’re into them…

Why do New Zealanders love feijoa fruits so much?

The sheer mention of feijoas can make a New Zealander smile. I haven’t met a kiwi who didn’t love and rave about the fruit. But what’s the truth behind their feijoa love? Since it might not be the feijoa taste there must be something else.

Feijoa trees originate from Brazil but they grow very easily in the New Zealand climate. Many New Zealanders I spoke with have fond childhood memories of picking their very own feijoa fruit right off the tree.

This might be the truth about the feijoa fruit.

I believe people in New Zealand grow up picking and eating feijoa fruit and as adults they have happy memories associated with them. It may not be the flavor as much as the tradition and joyful memories that these odd little fruit inspire.

If you want to try feijoa fruit for yourself check out Heather’s Feijoas for feijoa inspired foods. This company will ship their feijoa products right to your doorstep.

If you’re dying for a taste of these sweet little guys here’s some other New Zealand treats to hold you over. Who knows you might fall in love.

How to cut feijoa fruit 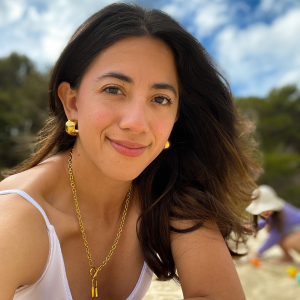 How to keep kids entertained when traveling

One thought on “The Unpopular Truth About Feijoa Fruit”

I was born in California to Salvadoran parents and grew up in Northwest Arkansas. I became a Registered Nurse and moved to Chicago Illinois to follow my nursing dreams. I got married in the…

How to Ship Stuff International

Buying a Car in New Zealand: The Beginner’s Guide